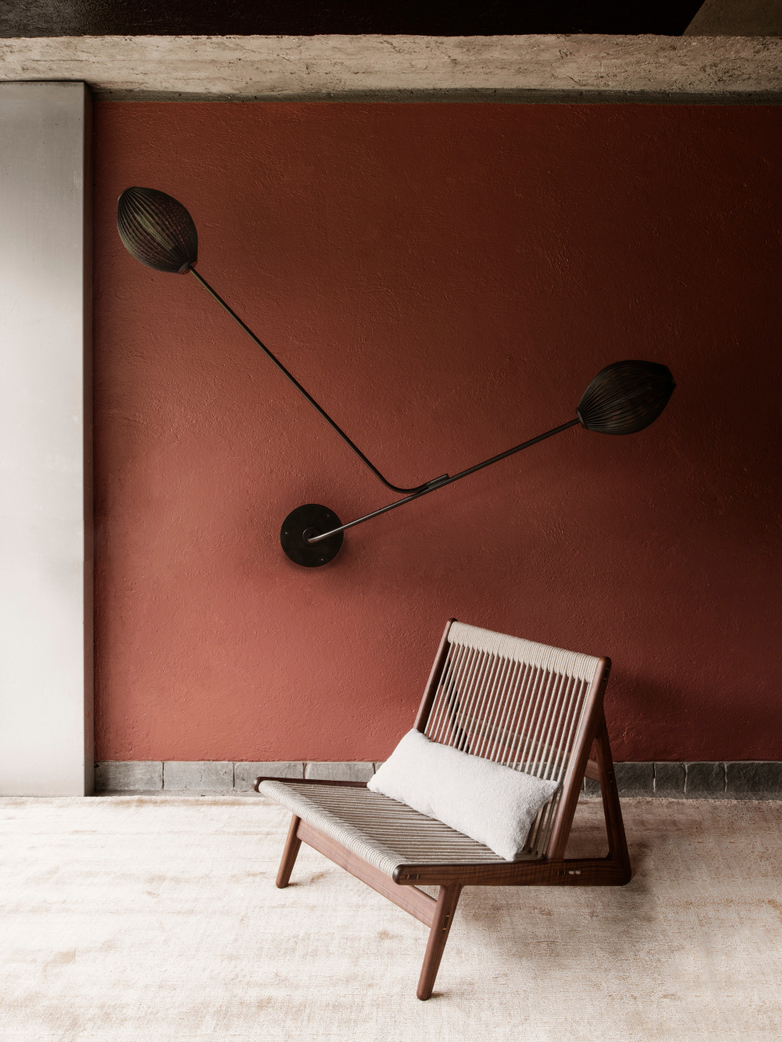 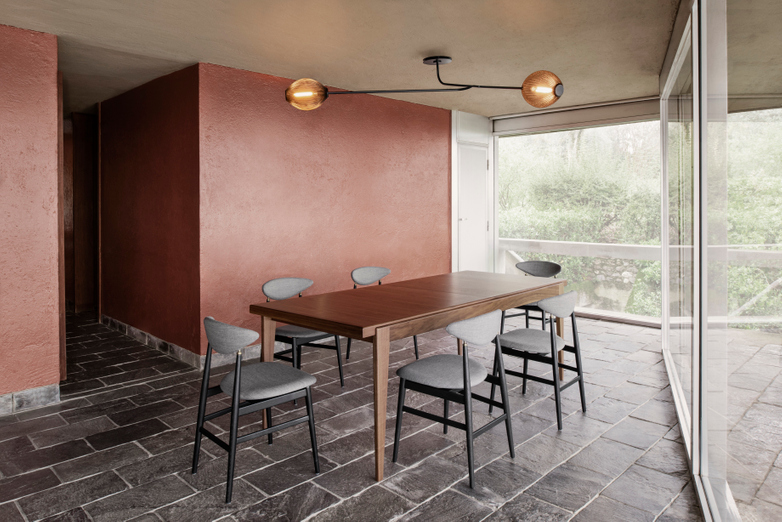 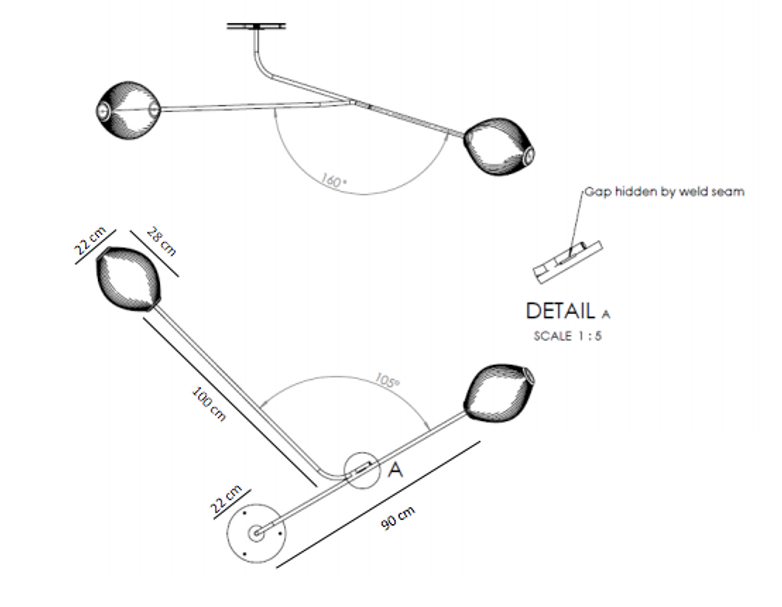 The Satellite Wall Lamp (1953) comprises two shades made from his perforated steel, concertina-folded into ovoid forms, and mounted onto elongated sculptural metal arms. Now, after almost 70 years, GUBI is putting Mathieu Matégots daring design back into production. In the Satellite Wall Lamp – which can also be mounted on the ceiling – the two precisely balanced arms cross and overlap so that the shades evoke balloons pulling away from one another on diagonal strings – a moment in time, frozen and captured. The visually striking ‘balloons on string’ form of the Satellite Wall Lamp makes it a bold and playful statement piece in any interior.